What We Learned from Old-Fashioned Networking To Develop Our Business 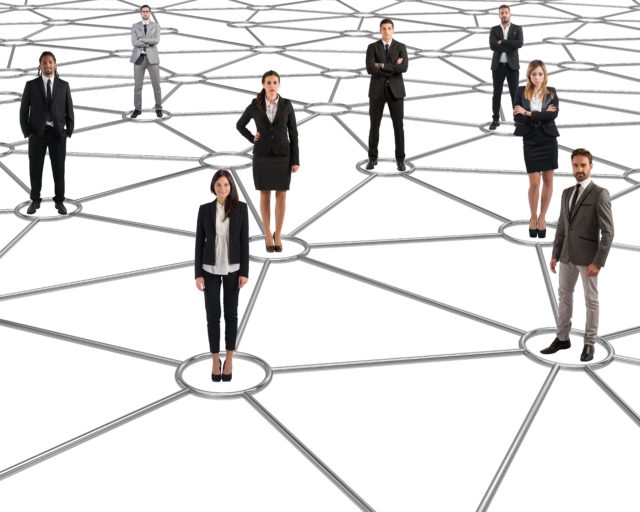 In today’s modern world, it is so much easier to get connected and to network. We can quickly send an email or short message, or network efficiently through the various online sites available. Sometimes, we forget the value of personal relationship building amid the convenience and speed of modern technology and tools.

Before LinkedIn and other social networking sites became popular, we practiced and maximized networking the good, old-fashioned way. Our training consultancy was one example of business born out of networking, and was developed through a traditional “spheres of influence” approach.

Traditional approach in our case meant manually drawing a spherical diagram, connecting the dots and writing specific approaches for the key persons in our network. For this to work successfully, we had to do some strategic planning, and had to practice and improve much our influencing, communicating and relationship-building skills.

When I first thought and planned to go into training consultancy, I connected with our former corporate trainer and things snowballed from there. Through my first and second layers of connection, I got to know other potential training partners and initiatives. Some of which materialized and became key projects.

Towards our second year, a friend approached me and we eventually became partners. She used to work in a big business consulting firm that had a project with the government. She re-connected with her first and second layer-connections from that project (who were already a third layer of connection from my viewpoint), which opened the doors to SME (small to medium-sized enterprises) projects and government collaborations.

Then LinkedIn and other social networking sites became popular, and they took our networking to a much rapid speed at the least cost possible. The learnings from our networking experiences, be it traditional or online, helped us develop our small consultancy. What have we learned?

Those in our first layer of influence were usually willing to help. Whether it’s about promoting a new solution, or about collaborating for a potential project, we usually started with our most inner circle or “lowest hanging fruit”. These referred to those whom we have directly known and interacted in our professional or personal lives. It always helped when we had a positive relationship, that we knew how each other worked, and a level of openness and trust had been established.

Our criteria were simple: would they have a possible business need (or an opportunity for partnership) and might find our solution relevant and beneficial? There were times we got a “sorry we don’t see the need right now” response. Yet there were also times we would get a “yes, let’s talk” or “no but we can help you and refer you to…” They were usually helpful and willing to refer us to relevant persons or entities!

Personally, I learned not to be afraid to approach, to check and talk it out, or to ask for their help or referral. I became more aware of my influencing and communication skills strengths and gaps, and tried to continuously improve. Over time, I became more confident. I also understood that any rejection was not a personal one but a business decision, and that our “first layer” relationship remained.

They were also usually willing to give a testimony. Once they became a customer or partner, we would ask for honest feedback. If they had a positive experience or story to tell, we would ask for a testimony of how their company has benefited from the solution or partnership implemented. The testimonies would usually be gladly given. If there was an area for improvement, we made sure we addressed and communicated the action taken. A good testimony or reference was always powerful especially for a small consultancy like ours where marketing budget was very tight.

At the personal level, I learned to adapt to every person or organisation, and always gave my best to ensure the most value and positive experience were gained by participants and stakeholders. “One size fits all” did not work. Making every customer happy was the key. Their testimony would be powerful only when given with a happy heart. Our best examples were our coaching-mentoring programs that ran mostly based on word of mouth.

We are grateful for the things we learned from old-fashioned networking. Strong communication skills, manifested through conversation, listening and non-verbal language, are foundations for influencing, networking and relationship building. Relationships built on trust, with external or internal networks and stakeholders, are key factors to a successful business. If we can maximize our communication and relationship-building skills with the technical wonders of online networking sites, that’s the perfect combination to continued success and growth!

Note: This article was also published in LinkedIn.